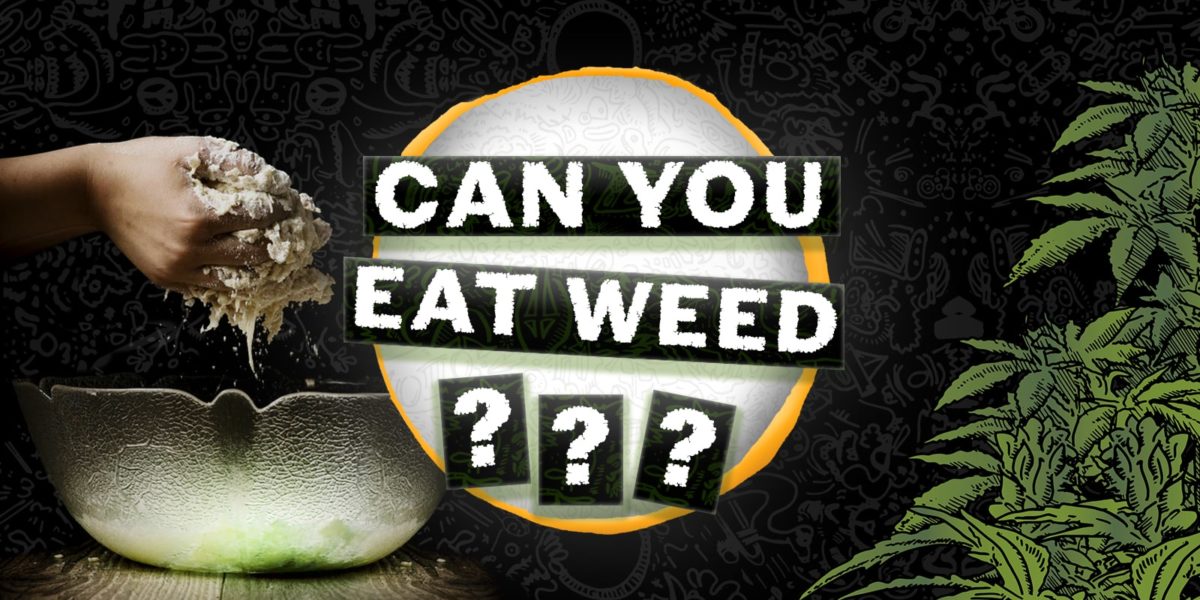 Can you eat weed?

Can you eat weed and why would you do that?

First of all, not everyone likes to smoke or vape. And not everyone should, given the fact that lung conditions can worsen by doing so.

Second, edible consumption is much more discreet than smoking it!

Cannabis has actually been eaten for centuries for therapeutic or ritual purposes. In this article we will be dissecting the different ways of eating it. 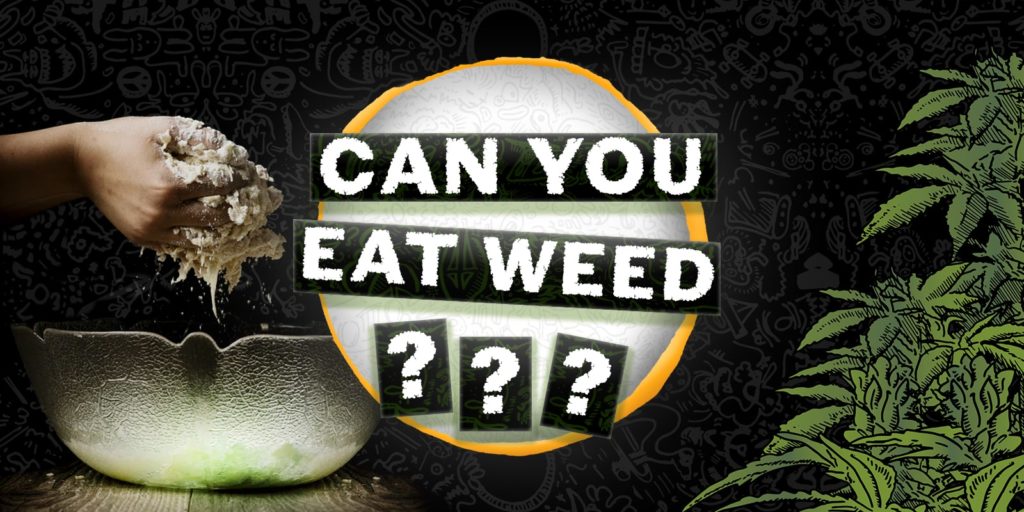 Cannabis edibles have been documented for as long as 4000 years in India, for at least 2500 years in China, for 1000 years amongst the nomad Berbers in North Africa, and for about 600 years in Europe (on the first cookbook ever printed!).

Cannabis edibles can have different forms:

Tinctures are alcohol-based cannabis extracts. They can last for many years because of the preserving alcohol in them. They are meant to be used sublingually, reaching the bloodstream much quicker than other edibles. 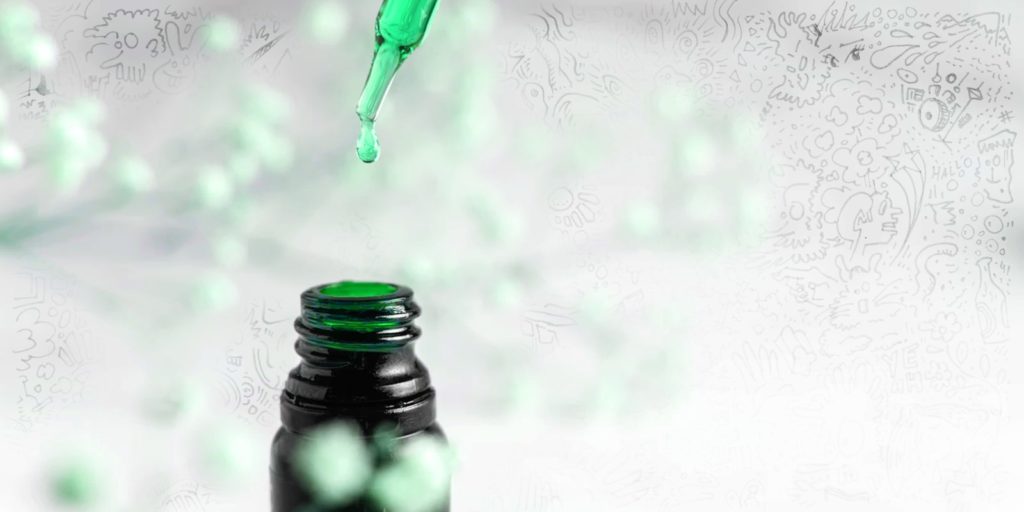 Stored in droppers, they are easier to dose.

Cannabis butter or cannabutter is the base of many baked and cooked edibles. It is important to get it right! Here we share our favourite cannabutter recipe.

Always remember that it is crucial that you use the best quality weed for your cannabutter. This is gonna be the base for most of your weed edibles, so you better choose wisely.

After the publishing of Alice Babette Toklas’ autobiographical cookbook in the 50’s, brownies entered the 60’s Western counterculture. Those brownies were most likely inspired by the Berber cannabis infused pastry, majoun.

Later in the 80’s and 90’s, grandma Mary Jane Rathbun (also known as Brownie Mary) took cannabis brownies into her weed activism. She would bake up to 600 brownies per day for HIV/AIDS and cancer patients who were looking for some pain relief and appetite stimulation. This would get her arrested several times. She is partially responsible for the legalization of medical marihuana in California!

Brownie Mary took her recipe with her when she left us in 1999, but here you can find a delicious double chocolate brownie recipe.

Cannabis stems have close to no THC content. They are very harsh on the throat and lungs, as the cellulose in them makes them burn at extremely hot temperatures. They can also cause headaches and they honestly just taste like wood. But if throwing any part of your cannabis plant saddens you, here is some advice: get creative! You can totally use them for your edibles. 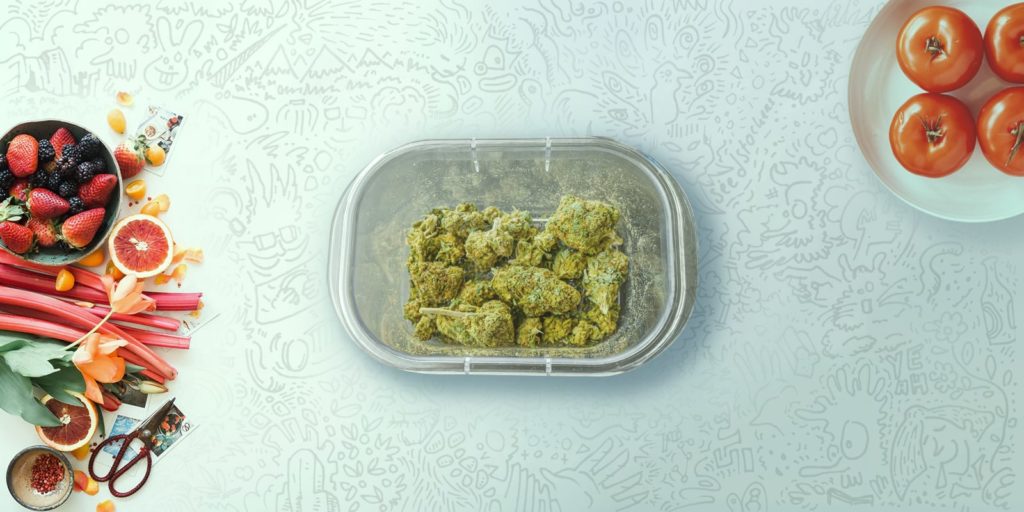 Cannabis stems, cannabis seeds and cannabis leaves might lack most therapeutic cannabinoids but they can still bring you some green loving protein and some omega acid.

How to make cannabis edibles

First of all, make sure you decarboxylate or (decarb) your buds. Say what?

Decarboxylation is a chemical reaction that removes a carboxyl group and releases carbon dioxide. This is all fancy language for ‘activating’ your weed! THCA becomes THC, CBDA becomes CBD, and CBGA becomes CBG.

This is reached by applying heat, light or solvents and it can be done in your kitchen. You can find a chart of temperatures for decarboxylation here. Make sure you don’t overcook your weed as it could spoil many other compounds in it like terpenes or flavonoids.

Once this process is finished you can add your cannabis into your edibles.

Can you get high from eating weed?

Once decarbed, your THC-containing weed might get you high no matter the way of consumption. So yes, eating activated weed will get you high.

Eating raw weed won’t probably get you high because it has not been activated, but it still has many other compounds that could be beneficial for you. THCA might actually be anti-inflammatory, neuroprotective and help slow tumor growth.

Using raw cannabis as a superfood is trending in smoothies and juices! 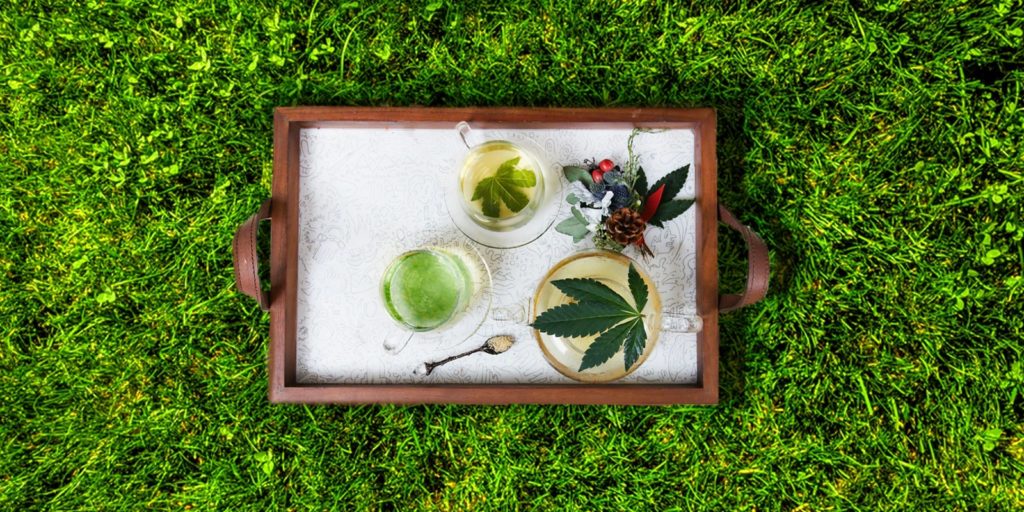 However, you might want to be very careful with your raw weed consumption if pregnant. Raw weed can still have other compounds that could disrupt the endocannabinoid system, which plays a key role in the uptake of folic acid, supporting a healthy pregnancy, fetal brain development, and fetal cellular growth.

The effects of eating cannabis will depend on many factors like metabolism, frequency of use, body fat index, method of ingestion, the ingredients used, or the cannabis strain and the percentages of every compound in it.

Edibles release the components of cannabis slower and for a longer period than other methods of consumption. It can take 30 to 60 minutes for them to kick in. This is due to the longer way they have to travel to reach your bloodstream. The effects can last 6 to 8 hours, which makes edibles great for medical cannabis users.

Be aware of the timings, if you don’t feel the effects right away just wait! You don’t want to take too much (also known as ‘greening out’). Potential side effects will depend on the active ingredients and don’t really differ from the effects of smoked or vaped cannabis. Only they could last a bit longer.

Get your green on, hit your kitchen and explore that creativity of yours. 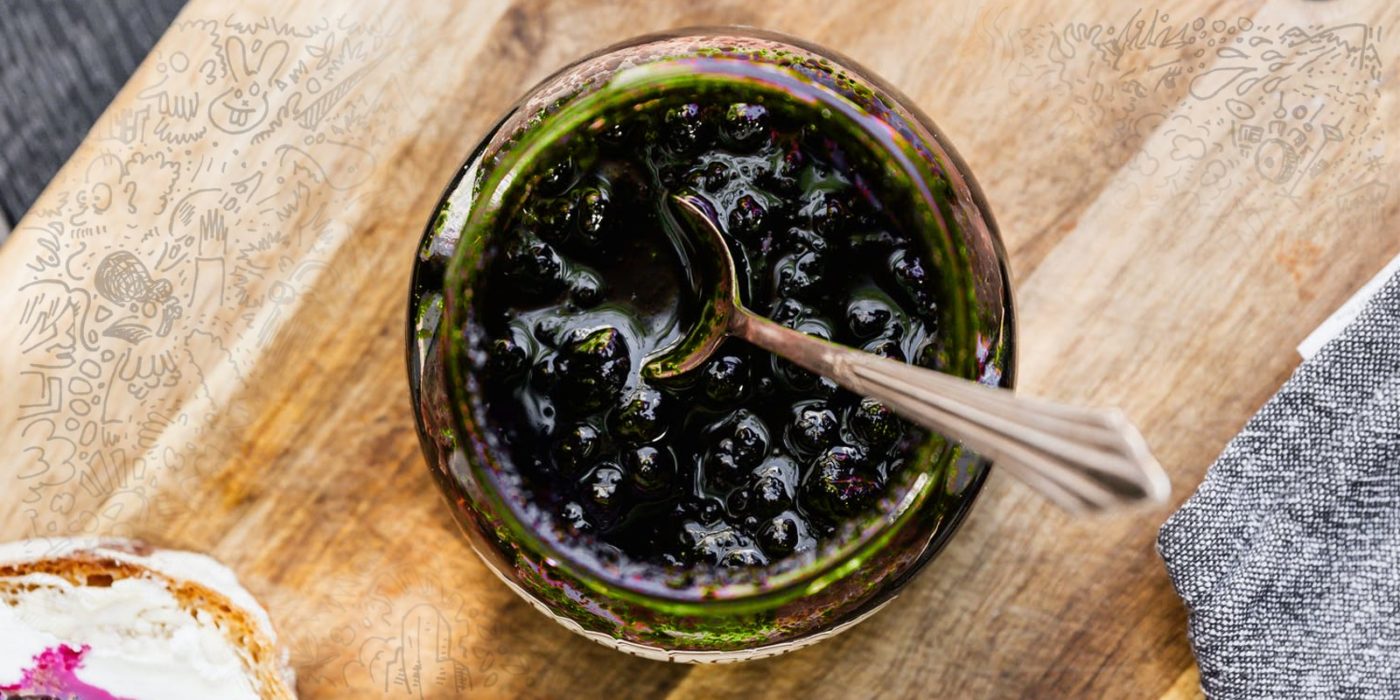 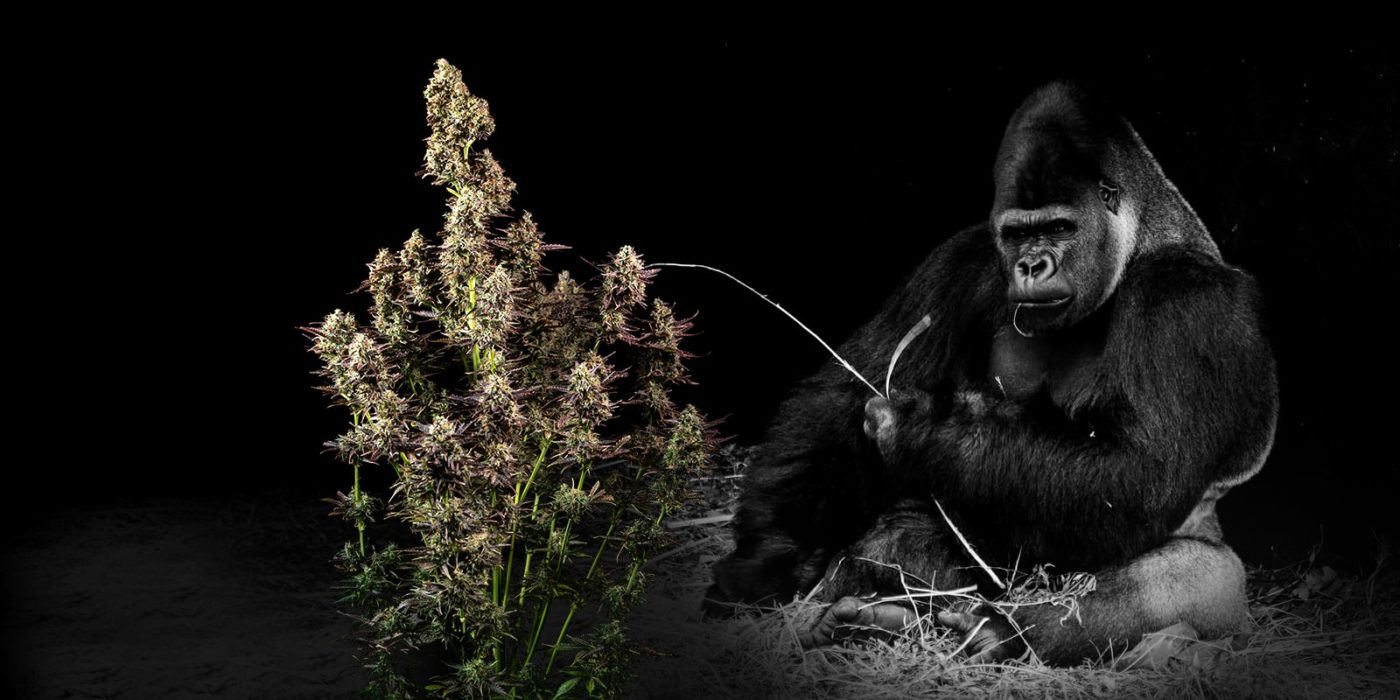 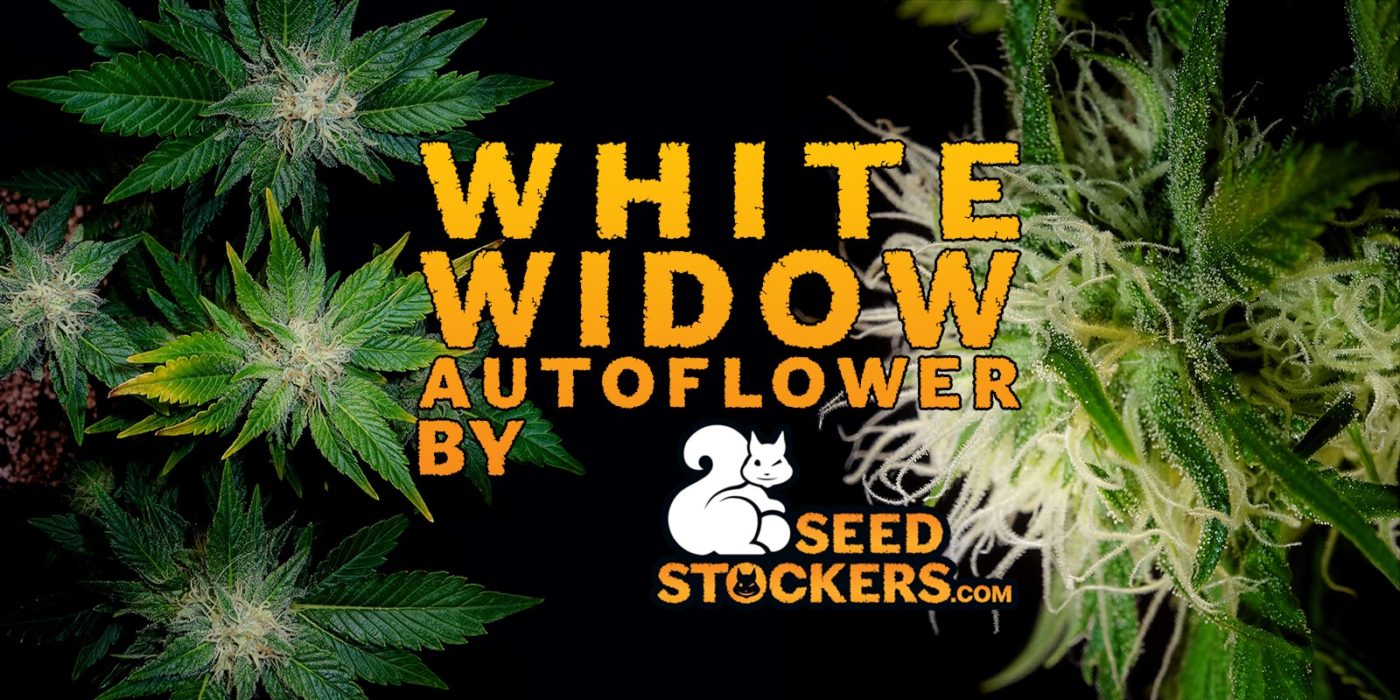