Cannabis nutrient deficiencies in soil, how to prevent and fix them

White Widow is a cannabis strain that is among the most appreciated and recognized worldwide. A balanced hybrid that was created in the Netherlands in the 90’s, White Widow quickly achieved worldwide fame for its its high production of trichomes, which cover the bugs like a blanket of white snow. This trait of course is where it gets its name: “White Widow”.

Since its creation, thousands of users have fallen in love with White Widow. It has for decades been one of the “top sellers” of Dutch coffee shops. Seedstockers wanted to transfer these powerful genes to the autoflowering format to make this gem available to all growers.

The breeders at Seedstockers couldn’t resist the temptation to create an automatic version of the much-acclaimed white widow. Why? Very simple: This genetic is one of the best indicas in all of history. Who wouldn’t want to blend it’s special traits to the advantages of automatic speed?

The result of a long breeding and selection process gives rise to an indica-dominant, moderate-sized autoflower variety ideal for discrete crops. Due to its morphology, White Widow Auto is perfect for either indoor crops and urban balconies or terraces which are the fastest ways to get a generous crop of high-quality cannabis.

This automatic hybrid has a medium internodal distance and develops tight buds whose main characteristic is an unequaled trichome production; so much so, that those who have cultivated it are surprised by the amount of trichomes that populate not only the flowers, but also the leaves closest to them. 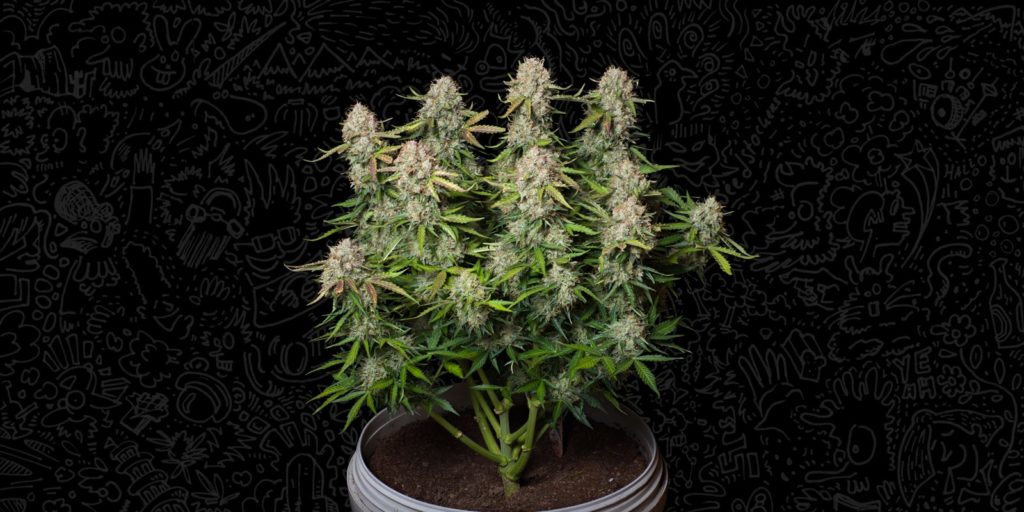 In addition, this hybrid develops lateral branches that end up being almost as large as the central one. It is a plant that is easy to manicure due to its reduced number of leaves.